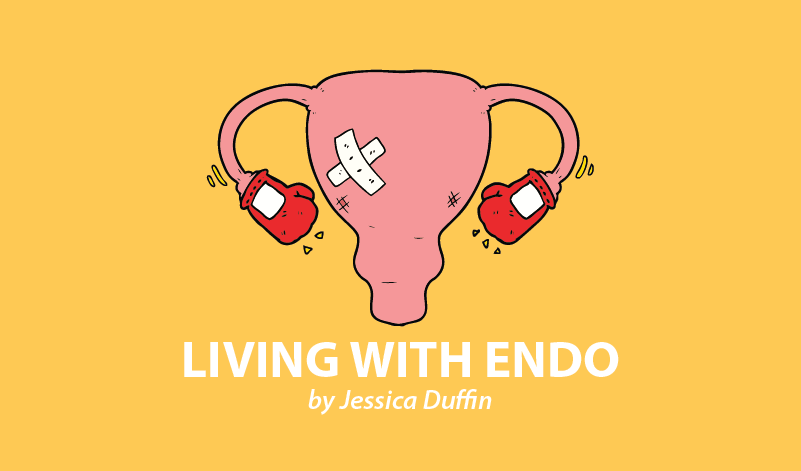 Waiting for my second endometriosis surgery felt like waiting a lifetime. It took almost three years to finally have surgery for the removal of my returned endometriosis growths, from the time the pain began again to the moment I walked into the operating theater.

When I first saw the doctor, I was told to wait until my pain was excruciating before seeking another surgery. What I didn’t know was that when it did get to that stage — and it got there quickly — that it would be another two years before the endometriosis would be removed again. I had to go through all of the same scans, the same hoops, the same convincing of doctors that my pain was real before they even considered the return of endometriosis.

Yet, a new discovery might be just about to change my experience and the experiences of others to come. Earlier this month, Endometriosis News revealed that “two biomarkers initially described by researchers at the Yale School of Medicine are found in increased levels in patients with surgically confirmed endometriosis when compared with patients who have other benign gynecologic conditions.” These biomarkers are molecules known as miRNA-125b and miRNA-150, and it was discovered in a study that “patients with endometriosis had 1.5 times higher levels of miRNA-125b, and 23.7 times more miRNA-150 than women in the control group.”

Currently, endometriosis is diagnosed only by a surgery called laparoscopy. This is when small incisions are made in the pelvic and abdomen region, a camera is inserted to find the endometriosis, and then particular tools (which vary depending on the surgeon) are used to remove the growths.

While there are options such as hormonal medication, pain relief, and lifestyle changes, if it is suspected that endometriosis has later returned and is causing the patient distress that cannot be managed, then the patients will often undergo the same surgery in order to better manage it.

Unfortunately, due to the lack of a cure, many women undergo several surgeries in their lifetimes, and some could have several within a relatively short time due to complications or rapid growth rate.

Despite many doctors saying that recovery from surgery is short (in the U.K., they recommend four days to a week off of work), I am yet to meet a patient who has recovered this quickly. With my first operation, I was unable to get up and out of bed on my own for the first few days, as the pain in my abdomen when I moved was crippling. With my second surgery, I had a much stronger recovery, but I still needed a full two weeks off work as I found myself getting exhausted quickly after any type of activity.

In the U.K., patients wait months and sometimes even a year for recurrence surgery, whereas going through the process for diagnosis is on average seven years plus. In the U.S., endometriosis patients must find the money for repeated surgeries or increasing insurance costs, and throughout the world, patients could be potentially losing money due to limited sick pay.

Then there is the physical risk and trauma of putting our bodies through multiple surgeries. Surgery can cause adhesions that are “bands of fibrous scar tissue, which forms inside the body.” Because endometriosis can cause adhesions even without surgery, the development of more of these can cause organs to stick together and may result in further complications and more surgery down the line.

This new discovery could significantly change the way in which endometriosis is diagnosed and treated. If doctors are able to test patients for endometriosis before surgery, it could have a huge impact on diagnosis time, financial costs, trauma, anxiety, and physical complications.

Imagine a world where endometriosis could be quickly traced through a blood test. Yes, for now at least, a positive result would still lead to surgery, but at least patients could get that surgery quicker, instead of battling for seven years to be believed. At least they would go into that surgery knowing what was about to be found, rather than spending months waiting anxiously, unsure of the outcome. Patients who didn’t have endometriosis could avoid the trauma, cost, and implications of an unnecessary surgery and could move on to investigating other possibilities quicker. Perhaps eventually, teenage girls could be tested early on, to avoid years of being told they just had “painful periods,” lives could be changed, and years of torment could be avoided.

Perhaps the days when we fight for a diagnosis are numbered. Perhaps we are moving into a time when we can finally turn our attention to a cure.