Hi. My name is Kimberli, and I live with an invisible illness. Up until March 2017, I was healthy, according to doctors. The pains I was experiencing were all in my head. Endometriosis was not even considered as something I could potentially have.

For as long as I can remember, my mom was always taking me back and forth to the doctors and the hospital. I ended up in the ER many times because of stomach pains that were unbearable. Doctors at the hospital would always turn me away, saying my pains were just gas. Nothing would come up on the tests they performed.

I was only 11 when I got my period for the first time. I had cramps, heavy bleeding and excessive bloat, but was always taught that these were normal women’s symptoms. At 16, my mom decided it was time to take me to a gynecologist. After a thorough exam, my doctor told me I had cysts on my ovaries. I was told that this is what was causing all my pain and that birth control would clear it right up.

As I began my journey on the pill, I realized I was not feeling any better. I did, however, acquire all the symptoms that birth control comes with — times 1,000. I continued taking the pills, thinking at some point in my life I would start to feel better. But the pains in my stomach continued to worsen.

At 17, I had my first colonoscopy. After the procedure, I was told everything looked perfectly normal and I was just suffering from irritable bowel syndrome. Being a teenager in high school, with way too much stress, the thought of IBS started to make sense. I began to believe that this was the life I was going to live. I continued to push through high school with these unbearable stomach pains and then, the start of migraines that left me wanting to live in a dark dungeon.

Once I started college, I continued to struggle with health issues. I ended up back in the ER with severe stomach pains. The pains were brushed off as probably just kidney stones.

Within the last two years, my symptoms have worsened. My moods took a drastic turn and I began to hate life. I had to leave work after I was not able to handle it anymore. I mentally, physically and emotionally could not control what was going on with my life.

My anxiety spiked, and that’s when the fatigue started to kick in. Simple things, such as walking up and down the stairs, became a chore. Between becoming so exhausted to not being able to breathe, I began to wonder what the heck was happening with my life.

My husband and I would fight often. Some days, I don’t think he understood exactly how I was feeling. And I was too stubborn to realize that what was going on with me was also hurting him. With doctors continuously telling us that I was healthy and nothing was wrong, I felt that maybe my husband believed them over me.

I started experiencing many new symptoms that I had never noticed before. These symptoms included:

I decided it was time to head back to the doctor and this time demand answers. What I was experiencing was not normal. There was something serious going on with my body. Ultrasound after ultrasound found nothing wrong. I was referred to a GI doctor who decided to perform a stomach study, another colonoscopy, an endoscopy, X-rays, blood work, and even more ultrasounds. Yet each test continued to come back normal.

I decided the GI was not where I needed to be and went back to my gynecologist. There, I was told it was just depression and I needed to be on medicine, along with a change of birth control. Another doctor put me back on pills for IBS, which made me sick. And the last doctor I thought I would try told me I was crazy, and that everything I was experiencing was in my head. He told me I should see a psychologist. I was at my wit’s end and wanted to give up.

Day of my surgery

I finally found a doctor willing to perform surgery to check for endometriosis. When I awoke from surgery, the doctor was there in my face with the news: “You do indeed have endometriosis.” And finally, at 28 years old, I found my answer after all these years. 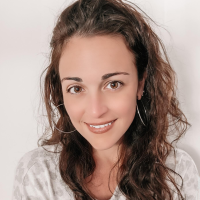 https://www.myendojourney.org/
Hi, my name is Kimberli. I am 29 years old and was diagnosed with endometriosis in March 2017. I am a yoga lover, blogger, and writer. My passion is to raise awareness for other women suffering out there with endometriosis.
×

Kimberli Davino
Hi, my name is Kimberli. I am 29 years old and was diagnosed with endometriosis in March 2017. I am a yoga lover, blogger, and writer. My passion is to raise awareness for other women suffering out there with endometriosis.
https://www.myendojourney.org/
Print This Page