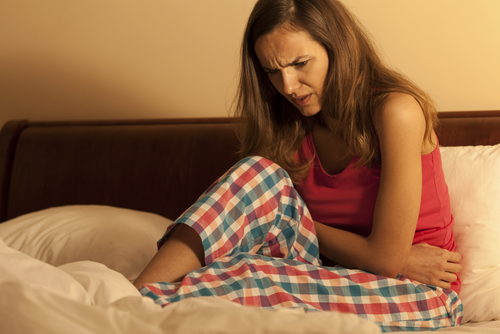 Women with endometriosis have a significantly lower quality of life (QoL) than the general female population in Sweden, with younger patients reporting higher levels of pain and more diminished life quality, according to a study in the Journal of Women’s Health,  titled “Age-Related Differences in Quality of Life in Swedish Women with Endometriosis.”

Endometriosis is defined by the presence of endometrial-like tissue outside of the uterus. The lesions cause inflammation, resulting in abnormal pain and lower rates of fertility. The disease is most common in women of childbearing age, with an estimated prevalence between 3.5 percent and 10 percent in the general population, and as high as 50 percent among infertile women.

Women with symptomatic endometriosis are known to have a decreased QoL, often from disease-related fatigue and depression, with potentially profound consequences for their academic and professional careers, and social life.

To investigate the impact of endometriosis on QoL in different age groups of  Swedish women, Lena Lövkvist, PhD, from the Bayer Healthcare in Sweden, and colleagues from the Department of Women’s and Children’s Health, Uppsala University, recruited 800 women with endometriosis through the Endometriosis Association (Sweden) and the gynecology departments of five Swedish hospitals. All women were sent the SF-36 questionnaire, a generic QoL questionnaire used to assess two major aspects of health: physical and mental health.

An age- and gender-matched sample of the general Swedish population was used as a control group when analyzing the data retrieved from the SF-36 questionnaire. Of the 449 (56 percent) self-administered questionnaires returned, 431 (96 percent) contained answers of use in evaluations.

The results revealed that women with endometriosis had significantly lower SF-36 scores than the general female population, and the score depended on women’s age. Endometriosis patients reported significantly lower SF-36 scores compared to the general population, especially on subscales that included Vitality (36.6% vs. 66.7%, respectively), Role Physical (48.3% vs. 86%), and General Health (49.5% vs. 77.9%), while the score for Physical Functioning was closer to normal (79.9% vs. 90.8%). T

Younger women experienced more symptoms and had a lower QoL score when compared to older women. The most commonly reported symptoms in these patients were dysmenorrhea (40.6%), ovarian endometriomas (66.4%), pain during defecation (59.6%), and pain when standing up (55.2%). Pain when standing up was especially frequent (78.5%) in the youngest age group (under 30), but dysmenorrhea, pain not related to the menstrual cycle, and bladder-related pain were also commonly reported by the youngest population.

Those under age 30 were also most likely to report having avoided sexual relations at some point because of the disease, with the most common reason being pain (55.7%), and to report experiencing pain during and after intercourse (68.8%). This group was also most likely to express feelings of guilt and frustration at not being able to fully take part in everyday activities (41.1%) or in social events with friends and family (33.9%). Those age 30 to 39, in contrast, were most likely to feel frustrated (43.6%) with the disease and unable (45%) to control their lives.

“Our results highlight that more healthcare resources should be focused on younger women with endometriosis. This includes awareness among school nurses and youth clinics for earlier diagnosis of the disease, and thus, earlier initiation of appropriate endometriosis and pain treatment. Younger women would benefit from repeated counseling with an endometriosis specialist or nurse and also therapy conversation with a welfare officer or psychologist, since they often have no established strategies to manage their symptoms, like older women usually have,” the authors wrote.